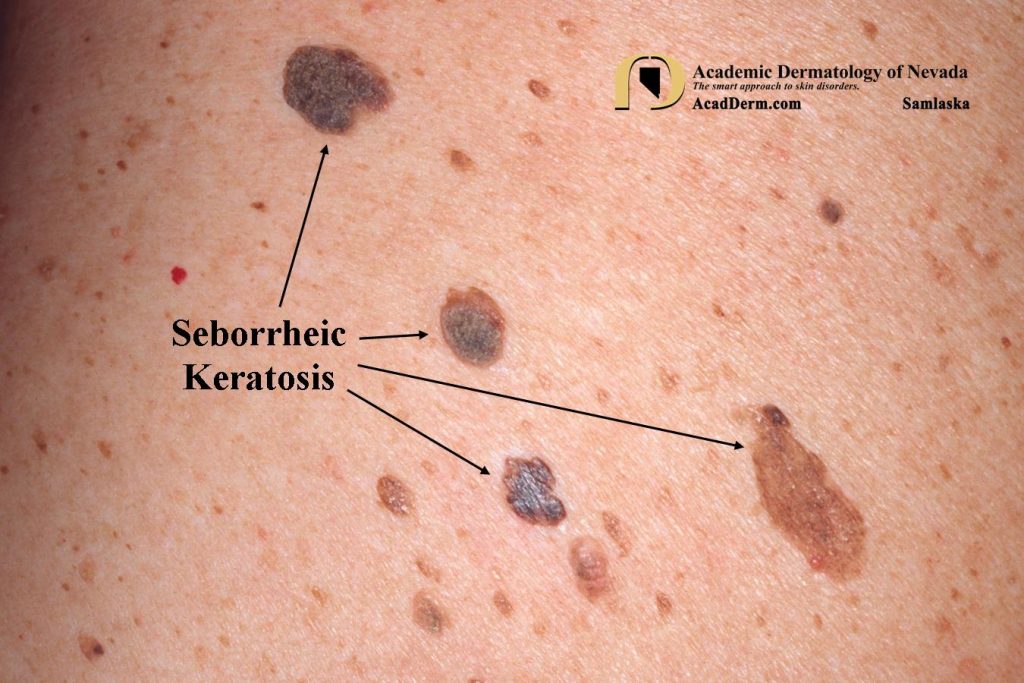 Seborrheic Keratosis (Keratoses) are incredibly common.  They are harmless “warty” spots that appear during adult life and are a common sign of skin ageing.  Although they appear warty and are frequently mistaken as warts, they are not warts (warts are caused by papiloma viruses). 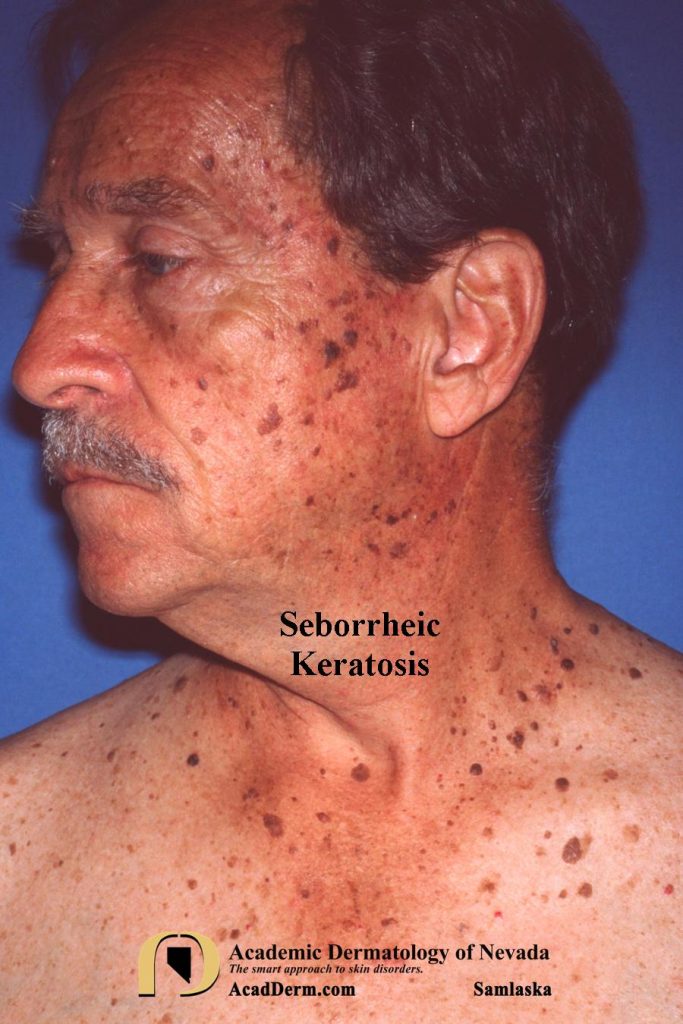 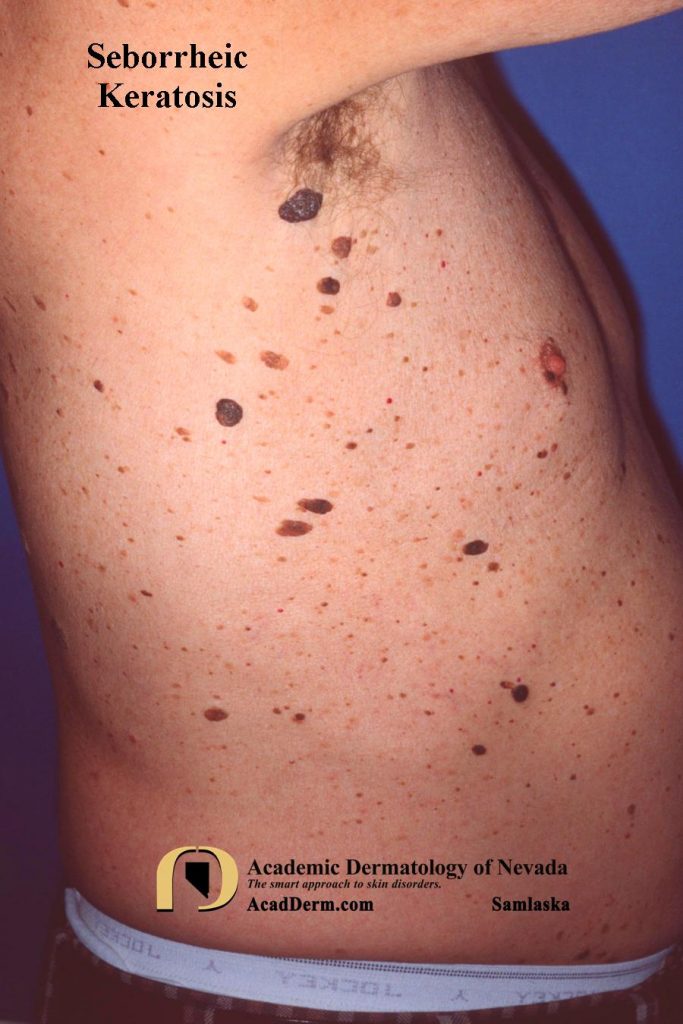 They present as oval, slightly raised to thick tan or light-brown to black, sharply demarcated papules or plaques.  They appear to be “stuck on” the skin…as if they could be removed with the flick of a fingernail.  They may appear waxy or warty and can be observed as single or grouped lesions.  Seborrheic keratosis are considered degenerative and more appear with aging.  Eruptive forms may occur following sunburn or dermatitis.  Skin friction may promote proliferation, particularly under the breasts in women and along skin folds.  They may occur anywhere on the body.  They are commonly found on the back, chest, face and scalp. 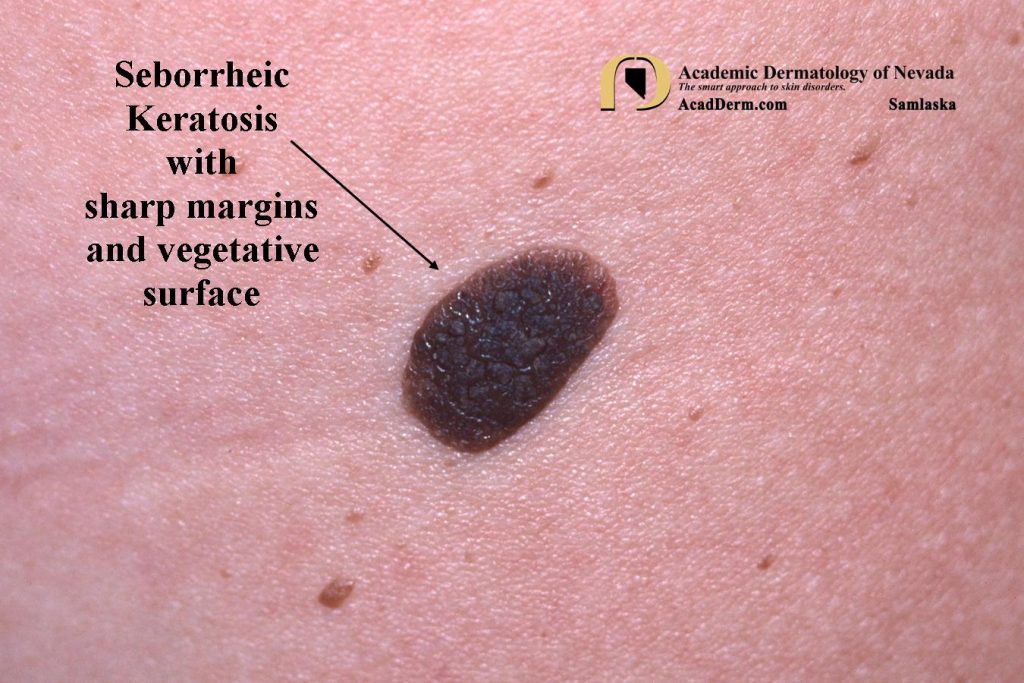 It has been estimated that over 90% of adults over the age of 60 have one or more.  They occur in males and females of all races, typically beginning to erupt in the 30s or 40s.  They are uncommon under the age of 20 years. 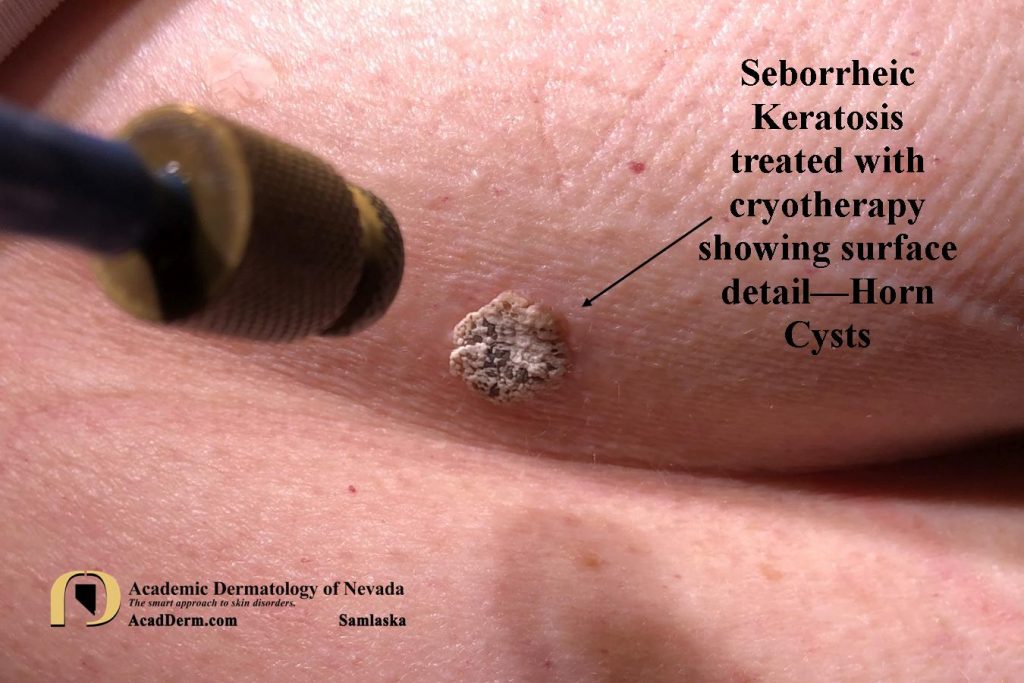 Treatment with liquid nitrogen often shows the surface detail, demonstrating a vegetative surface and/or “horn cyst.”  They have no malignant potential and are considered to be cosmetic.  Insurance will not pay for the cost of removal or treatment unless the lesion appears to be something else.  If I am concerned that it may be a potentially malignant lesion they will cover a diagnostic biopsy if the results demonstrated that it is a Seborrheic Keratosis.  I will review atypical forms in another blog.  To read more about Seborrheic Keratosis click HERE.