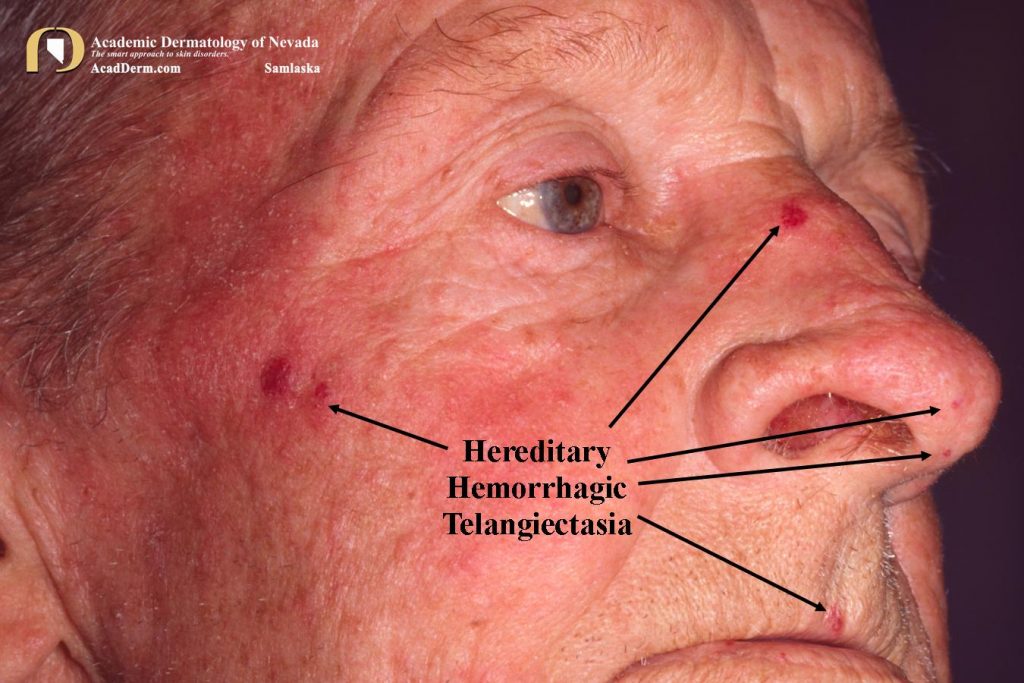 Hereditary Hemorrhagic Telangiectasia (HHT) was first described by Wiliam Osler, Frederick Parkes Weber and Henri Jules Louis Marie Rendu in the 19th and early 20th century.  It is a rare autosomal dominantly inherited disorder with an estimated prevalence of 1 in 5000 to 1 in 10,000 births worldwide.  It affects blood vessels throughout the body and is characterized by a tendency for bleeding (hemorrhage) and skin telangiectasias… 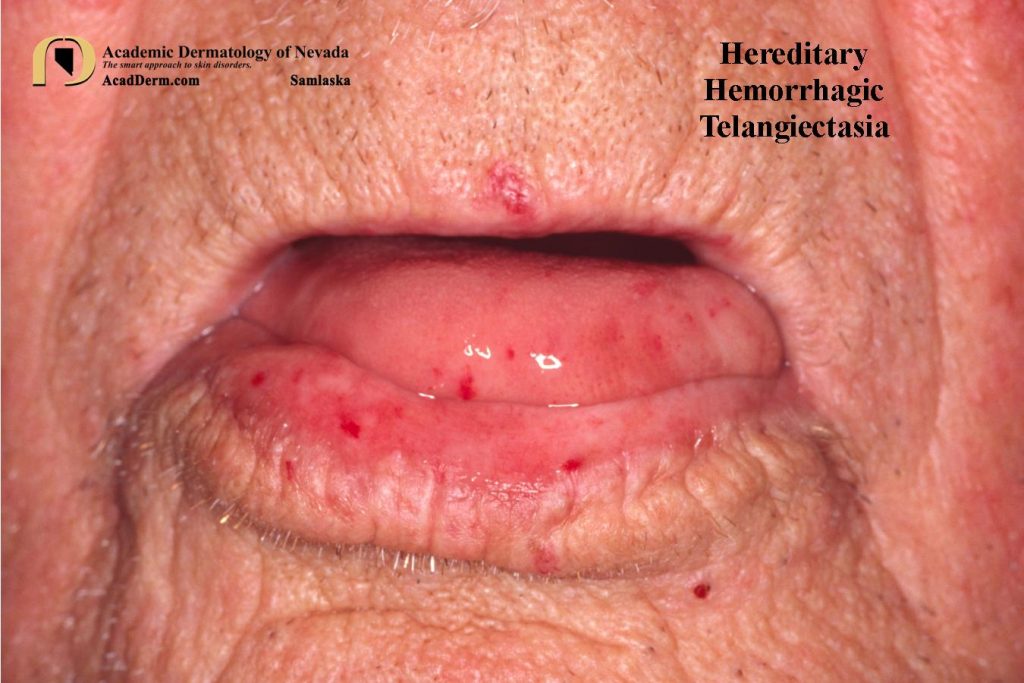 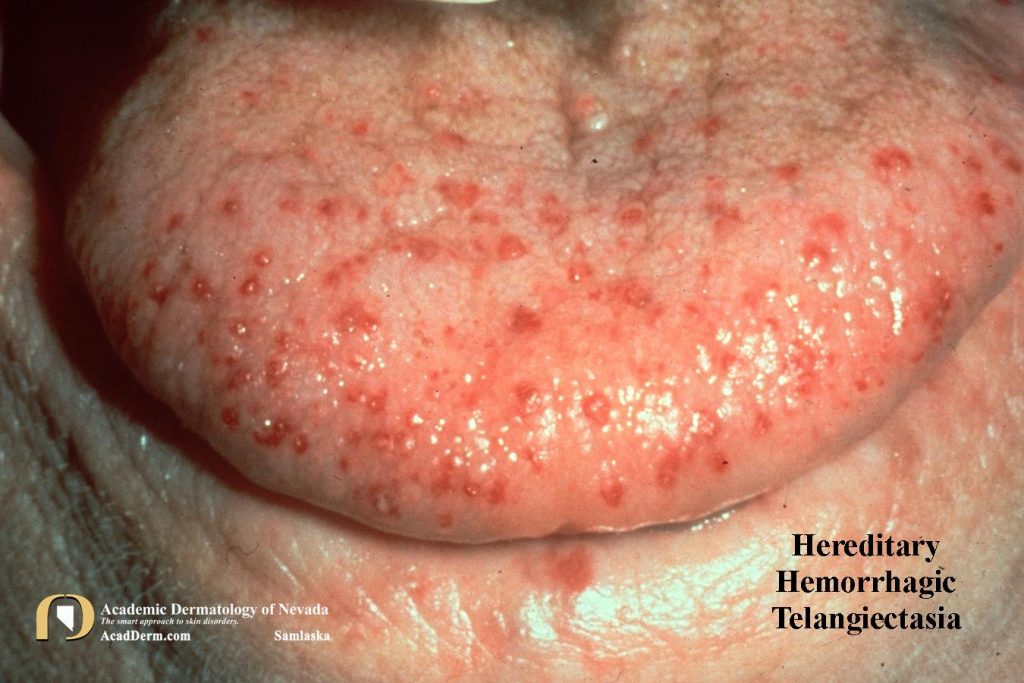 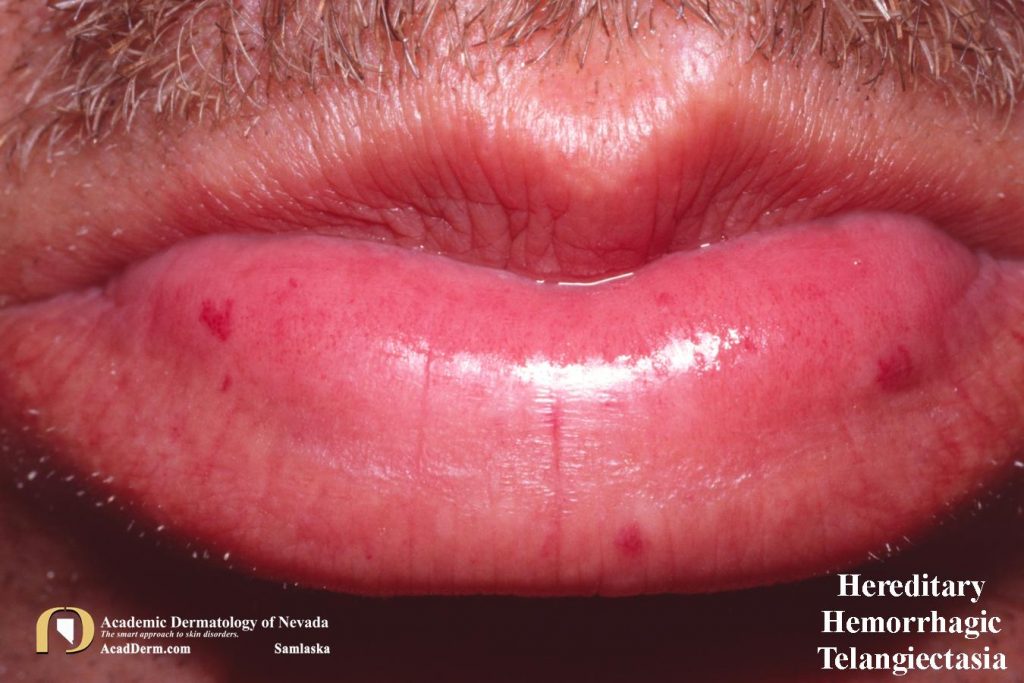 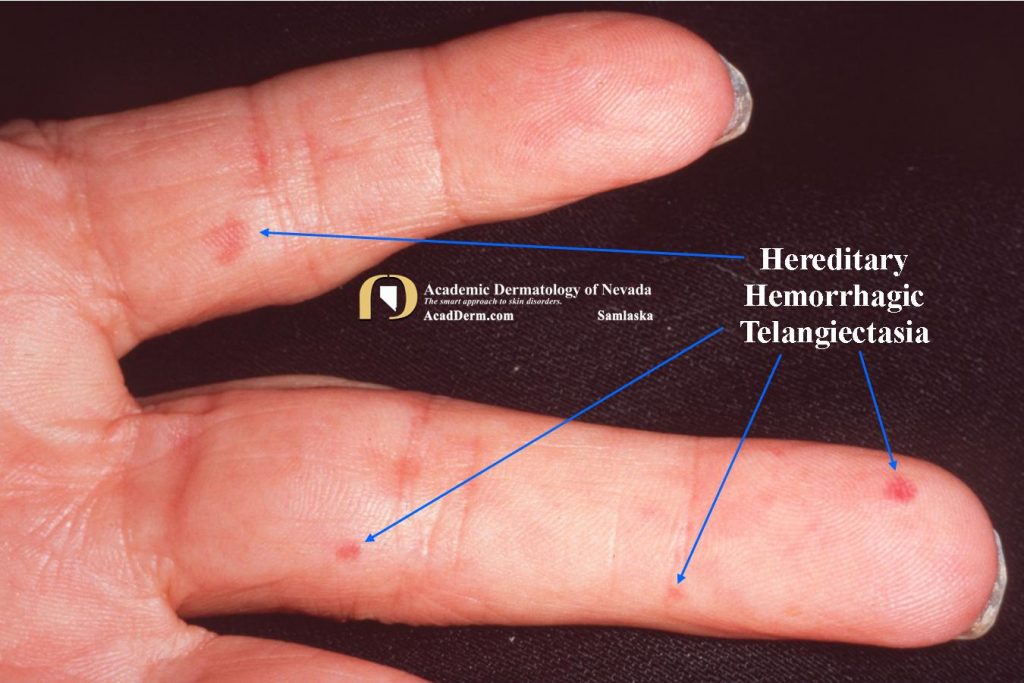 The cutaneous and mucosal findings are small tufts of dilated capillaries scattered throughout the body.  The most common areas of involvement with these telangiectasias include the lips, tongue, palate, nasal mucosa, ears, palms, fingertips, nailbeds and soles.  It must be differentiated from CREST syndrome which also manifests with telangiectasias.

DIAGNOSTIC CRITERIA (From Andrews’ Diseases of the Skin):

TREATMENT:  Treatment is directed at controlling the specific complications and identifying and treating AVMs (avian malformations).  Estrogen and/or tamoxifen therapy may decrease the incidence of nose bleeds.  Dermoplasty of nasal septum may be helpful for long term treatment of nose bleeds.  Laser treatment of involved muscosal regions is helpful.  Interventional radiology with selective embolization may be useful in treating pulmonary and intracranial AVMs.  Thalidommide can reduce GI bleeding and transfusion dependence.  Bevacizumab, a monoclonal inhibitor of VEGF (vascular endothelial growth factor) delivered intravenously, has dramatically improved some severely ill patients.  To read more about HHT click HERE and HERE.  To read about Bevacizumab treatment click HERE and HERE.