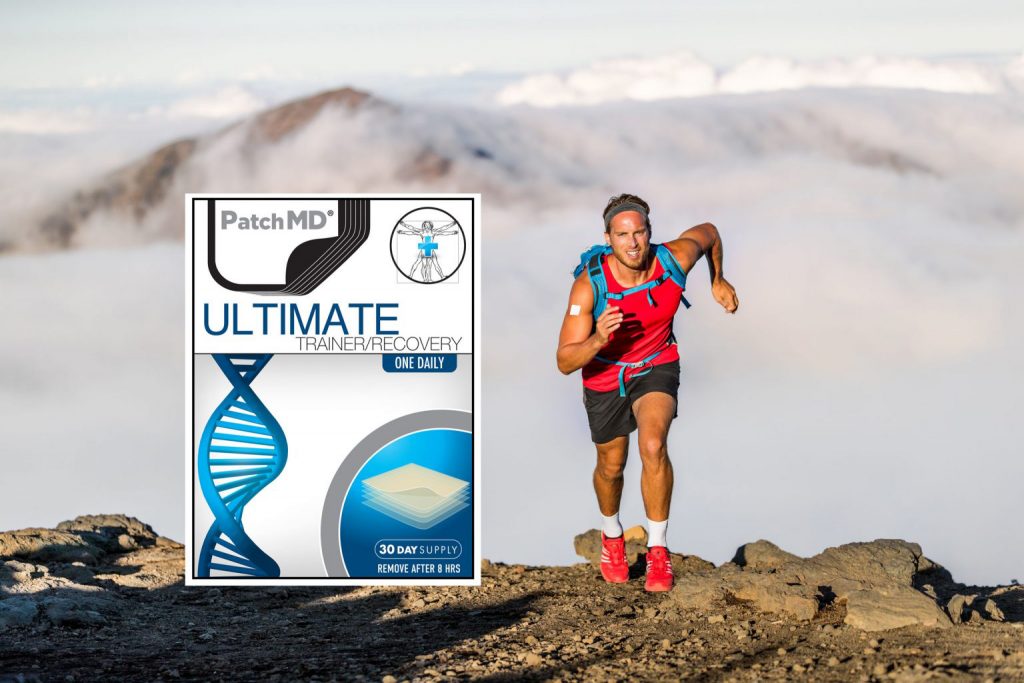 Many performance-enhancing supplements are increasing in popularity among professional and amateur athletes alike.  There is gathering evidence that these agents demonstrate significant benefits not only for athletes, but may also prove helpful in critically ill patients in whom preservation and restoration of lean body mass and neuromuscular function are crucial.  Beneficial supplements include creatine, branched-chain amino acids (leucine), glutamine, arginine, testosterone analogs, growth hormones and beta-hydroxy-beta-methylbutyrate (HMB).  Three of the safest and most effective agents include creatine, branched-chain amino acids (leucine) and HMB (Ref:  HERE).  The fact that physicians are using these supplements to aid in the recovery of critically ill patients speaks volumes on the favorable literature promoting use of these agents to assist athletes in performance and recovery after vigorous exercise.

Over half of the US population uses dietary supplements.  Athletes tend to consume even higher amounts with up to 75% of athletes reporting the use of these agents.  Reasons for use include enhanced sport performance, overall health and well-being, augmented immunity, combating jet lag and increased energy, among others.  Recent literature further suggests that the prevalence of supplementation in athletes with a disability is also very high (Ref:  HERE). I review a novel new patch designed to assist athletes, professional and amateur, in enhancing their performance, stamina and recovery from vigorous exercise.  The active ingredients in the Ultimate Trainer/Recovery patch have been researched extensively and determined to be the best and safest supplements that can be used to augment athletic performance.  A single patch applied to the skin releases a battery of performance-enhancing supplements. LEUCINE:  Leucine is a branched chain amino acid (leucine, isoleucine, and valine) which is metabolized by mitochondria in skeletal muscle to provide energy during exercise.  The leucine content of protein sources has been shown to impact protein synthesis and affects muscle hypertrophy, through stimulation of the mammalian target of rapamaycin (mTOR) signaling pathway, a regulatory protein.  The importance of mTOR is that when activated, it phosphorylates the proteins eIF4E binding protein 1 (4E-BP1) and ribosomal protein S6 kinase (S6K1) complex…which results in increased translation of mRNAs that encode components of the protein synthesis pathway (Ref: HERE).  Indeed, leucine has been indicated as the sole stimulator of protein synthesis.

In a study performed by Dreyer, et al (Ref: HERE), 16 young, healthy untrained men were provided leucine-enhanced beverages versus non-leucine-enhanced beverages (controls) one hour after a single bout of resistance exercise.  The treated men demonstrated enhanced phosphorylation of mTOR, demonstrating the ability of leucine to augment protein synthesis.  This was further confirmed by Kooperman, et al and was published HERE.  There are no safety concerns reported in using leucine supplements. GLUTAMINE:  Glutamine is a free-form amino acid and is involved in metabolism and energy production and is an important energy source for cells of the immune system.  Glutamine supplementation by athletes is an attempt to maintain immunity and guard against the immunosuppression that occurs with strenuous training.  Glutamine improves muscle glycogen synthesis and muscle protein levels.  It further contributes nitrogen for many critical biochemical reactions (Ref:  HERE).  Low glutamine levels have been implicated in overtraining syndrome.  Glutamine supplementation may improve glucose utilization post-workout and increase growth hormone levels.

Studies have not shown beneficial effect on muscle repair or muscle soreness to date.  A placebo-controlled study of 31 untrained individuals on a resistance training program was based on glutamine use (0.9 g/kg of lean tissue mass per day) for 6 weeks.  Muscle performance, body composition and muscle protein degradation were not shown to be significantly affected for muscle building and performance enhancement (Ref:  HERE).

Immune suppression and decrease in glutamine levels have been found in athletes undergoing intense physical training.  Glutamine supplementation may decrease infections, length of stay and mortality in critical care settings.  In athletes, a decrease in upper respiratory infections was found the week following a marathon or ultramarathon competition (2 doses of 5 mg, 2 hours apart, past-race).  For more information go HERE.  No safety concerns have been reported with up to 45 g/kg for 6 weeks. BETAINE:  Betaine is a nutrient found in a variety of animals, plants and microorganisms.  It is a component of many foods, such as whole grains, spinach, shellfish and beets.  As an organic osmolyte, betaine or trimethyl glycine, protects cells under stress, such as with dehydration.  It is also a source of methyl groups, via the methionine cycle, in many key biochemical pathways (Ref:  HERE).  Betaine, therefore, plays an important role in several aspects of human health and nutrition…and many studies have shown that diets high in betaine decrease disease risk.

In a study by Pryor, et al, (Ref:  see above) 16 recreationally active subjects completed 3 sprint tests, each consisting of four 12 sec efforts against a resistance equal to 5.5% of body weight; each test was separated by 2.5 min of cycling at zero resistance.  The first test was baseline.  Test two and three were preceded by 7 days of daily consumption of 591 ml of carbohydrate-electrolyte beverage as a placebo or carbohydrate-electrolyte beverage containing 0.42% betaine. This was a double blind random order cross-over design with a 3 week washout between trials two and three.  Compared to baseline, betaine ingestion increased average peak power (6.4%), maximum peak power (5.7%) and maximum mean power (4.4%) for all subjects combined.  The authors conclude that one week of betaine ingestion improved cycling sprint power in recreationally active males and females.   No safety concerns have been reported for 2-5 g/day for up to 15 days. There are many studies analyzing the effects of beet juice on oxygen consumption, muscle power/force and metabolism.  Increased ATP turnover during muscle contractions leads to a higher oxygen consumption (VO2).  To compensate for this increased demand, NO-mediated vasodilation occurs.  Beet juice has been shown to effect both of these parameters by increasing vasodilation and by influencing VO2 (Ref:  HERE).  It further has been shown that beet juice increases muscle blood flow via vasodilation during exercises in young adults.

High blood pressure is a known risk factor for cardiovascular diseases.  There are numerous studies documenting the benefits of beet juice in reducing blood pressure (BP) in the young and elderly.  Burleigh et al (Ref: HERE), demonstrated peak systolic BP reduction after a couple of hours of beet juice ingestion, however, this reduction dissipated after 10 hours, suggesting that daily doses of nitrate would be needed for a sustained BP reduction.  Other studies have confirmed the lower BP responses ranges peaking around 30-60 minutes after ingestion and lasting for up to 24 hours.

There are several studies available investigating the effect of beet juice on cardiac output in men and women.  It is interesting that most of these studies did not demonstrate significant effects on heart rate, arterial oxygen saturation, oxygen cost, or ratings of perceived exertion in men (Ref: HERE).  In women, however, it’s a completely different story.  Acute supplementation of a single dose of beet juice decreased VO2, systolic BP and heart rate systolic BP product at rest and 40%, 60% and 80% of the predetermined peak VO2 in physically active women (Ref:  HERE).  These results indicate that beet juice can decrease the cardiac afterload and myocardial oxygen demand at rest and at submaximal levels of aerobic exercise. HYDROXY-BETA-METHYLBUTYRATE (HMB):  Beta-hydroxy-beta-methylbutyrate (HMB) is considered ergogenic aid for physically active people and is one of the best-examined compounds found in dietary supplements.  HMB is a derivative of leucine, so is directly involved with increasing muscle protein synthesis and decrease of muscle protein breakdown.  This mechanism has been claimed to be crucial especially in cases of injury, calorie restriction, immobilization or overtraining (Ref:  HERE).

Several studies have focused on the effectiveness of Ca-HMB (calcium salt form) supplementation on muscular strength and body composition.  Niessen et al (Ref: HERE), showed that 1.6 g/day and 3.0 g/day of HMB taken daily by untrained males during a 3-week resistance training program, and the higher dose was more effective in one-repetition maximum testing protocol when compared to the placebo group.  In addition, the total strength increased significantly by 13% (1.5 g HMB/d) and 18.4% (3.0 g HMB/day) when compared to placebo.  There are numerous other studies confirming these results (Ref:  HERE).  There are no safety concerns reported taking up to 2-5 g/day orally for up to 15 days.

ULTIMATE TRAINER/RECOVERY PATCH:  Above you will see the composition of the patch, which is designed to be used over an 8 hour period.  Simply place the patch on any non-hair bearing area and remove after 8 hours.  Daily use is recommended for sustained effects while training and for competitions.  The patch is not waterproof, so water exposure will cause the patch to lift.  Also, sweating may cause the patch to lift and fall off with vigorous activity.  It is recommended to place the patch 8 hours before athletic performance or an occlusive clear waterproof bandage can be applied over the patch to keep it in place…“ “Some people want it to happen, some wish it would happen, others make it happen.” – Michael Jordan